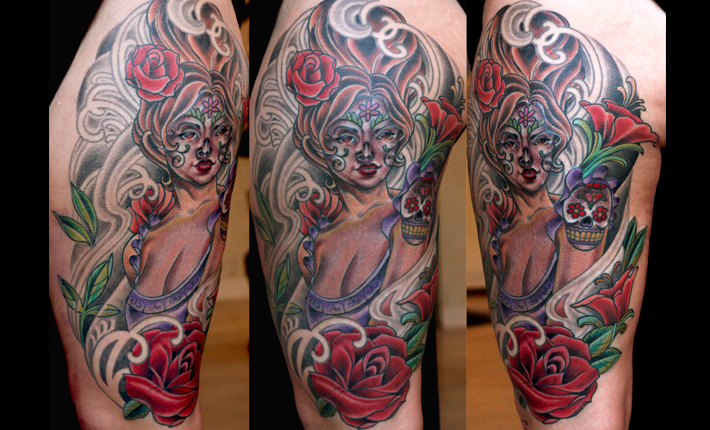 Here’s a fun tattoo done by Terry Ribera at Remington tattoo in San Diego. We had the best time tattooing this theme on Lana. She’s a long time client and collector of tattoos. Being so close to Mexico, San Diego is known for the common day of the dead theme. Terry Ribera had a great opportunity to tattoo this design which was originally drawn for another project. Some time had gone by when Lana decided to take interest in the design and we made it into a tattoo for her.