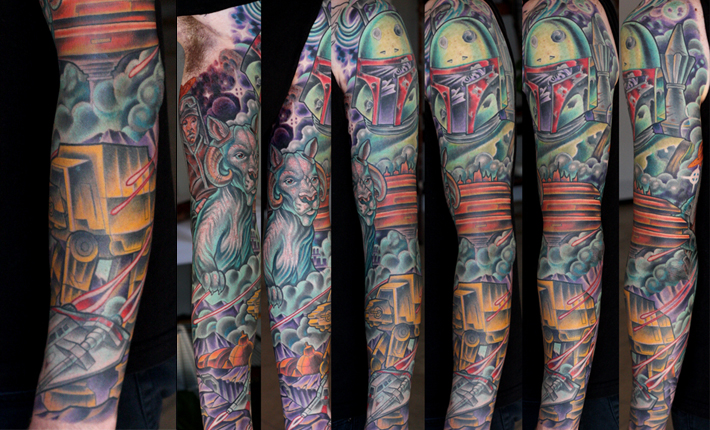 Terry and Chris met close to 8 or 9 months ago when Chris originally booked his appointments for this custom star wars theme tattoo.  There is everything from Boba Fett to Han Solo frozen in carbonite.  This tattoo was done in about 20 hours of hard work, as you can see it’s a fairly detailed tattoo to get started so the time was a bit longer than a lot of Terry’s other sleeve projects, but the results are more than what Chris was hoping for.  Chris will be starting a new project 2 months from now on his other arm, the theme will be based on the Video Game Resident Evil.  Most of the concept will be pulled from original game and will take a good bit of research and drawing on Terry’s end, but it should compliment Chris’s arm quite well. To see more of Terry’s work please check him out on his website: www.terryribera.com | www.remingtontattoo.com